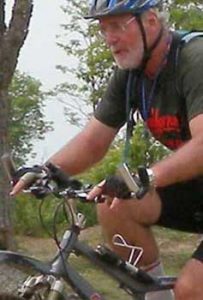 Note:  In the time of Lockdown only with Covid prevention provisions !

Bring your friend`s, vergines, all “who are fully vaccinated” are wellcome !! for a very nice Bike-ride

the hare will provide drink`s and food all the day for Kip 100.000 each

“Bicycles, bicycles, I want to ride my bicycle. That seems to be a common theme these days”, thought Graeme “Mother Trucker” Bolger, a keen VH3 Monday and Bush Hasher. And so he formed the VH3 Monthly Bicycle Hash.

The inaugural Bike Hash Run o. 1 was held on 30 May 2010 at Dongmakkhai, about 20 km north-east of Vientiane, with Mother Trucker as Hare. Since then the Bike Hash has been held on the last Sunday of every month, with a total of 80 rides completed by the end of 2016.
The number of participants on each ride now averages around 10 to 20, with a mixture of foreign residents, Lao nationals, members of other Hashes and visitors from all over the world.

The basic format of the VH3 Bike Hash is similar to that of the VH3 Bush Hash, with runs of 20 – 30 km in out-of-town areas, marked with lime, chalk and/or shredded paper. Generally, one or two stops are made at a roadside shop or food stall for water (beer may also be on the menu). 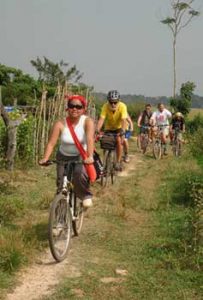 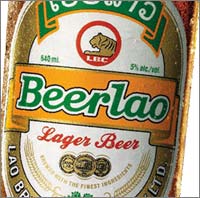